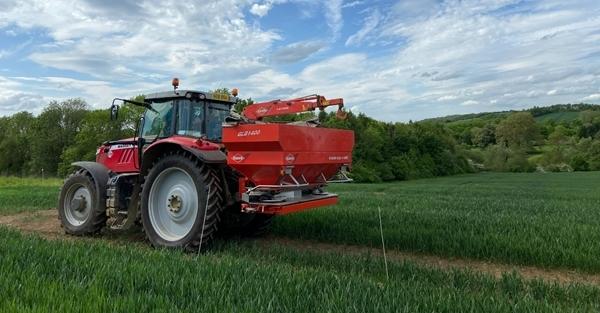 One of the few positives from the current fertiliser crisis is that it will at least force all growers to reassess and optimise their nutrient strategies, which is the single biggest thing we as an industry can do to reduce our carbon footprint.

In May I noted that 2022 had been unusually dry; writing now in late July, it’s been revealed as the driest year since 1976 and the spectre of a national water shortage looms. Record temperatures and farm fires have been sweeping the country in tinder-dry conditions. Remarkably, yields seem to be holding up surprisingly well. Yet at the GWCT Allerton Project it’s disheartening to see well-established spring-planted agri-environment areas shrivelling through lack of moisture which will necessitate either costly re-establishment or poorer outcomes for wildlife through the next year.

Increasingly extreme weather is now a well-established global phenomenon, with farmers the world over standing on the front line of climate change and all the implications that has for the security of global food production following a mere one degree of atmospheric warming in the last century, with two degrees almost a certainty.

At the Allerton Project, we’re constantly looking at ways to help reduce the carbon footprint of domestic production, and last season participated in ADAS’ new YEN Zero network pilot. The aim is to help growers reduce the GHG intensity of their combinables production.

Around 65% of emissions from an average UK cereals farm result from synthetic nitrogen fertiliser: 45% of this can be attributed to the direct application of the product in terms of N-loss as pollution to the atmosphere (especially from nitrous oxide) while 25% is attributed to the emissions from the production of the fertiliser itself. (Quite why farmers and not manufacturers get lumbered with this column from the supply chain carbon accounts is a question for another day).

The production and application of non-nitrogen fertilisers adds a further 10% to our average farm’s GHG footprint. From this we can see that optimisation and reduction of the use of fertilisers holds the key to reducing the climate impact of arable production.

The differences between crops are stark: across the YEN Zero dataset for the first year, (unsurprisingly) legumes came out with the lowest carbon footprint of between 600-800kg CO2e/ha while milling wheat and winter oilseed rape stood in at between 2800-3100kg CO2e/ha. On a per tonne basis, winter beans emitted around 180kg CO2e versus some 750kg for OSR (and around 300kg for milling wheat).

Across the 50 growers there was also large variation in the GHG intensity of crops produced, and it was here that many initial recommendations were made. By moving toward a reduced tillage system, cutting crops when dry, optimising the use of fertilisers by adopting variable or responsive rates and utilising nitrogen inhibitors, the average carbon footprint of a crop of winter wheat could realise a 41% reduction. By far the biggest ticket items from this list of savings came from more efficient use of nitrogen. Average NUE in the UK is around 65%; 85% is very achievable.

As an industry we now perhaps focus too much on soil carbon as the solution to all our problems, while forgetting the massive impact of nitrogen on our farm carbon accounts in the journey toward net zero. I was surprised recently to learn via a fascinating analysis by Map of Ag that all UK land-based carbon sequestration currently accounts for only 2% of national emissions - or some 20% of agriculture’s own. Nationally, arable land remains a significant carbon source, with only forestry and grasslands acting as a net sink.

On that basis, we have a long way to go before we can start credibly touting our credentials as a solution to climate change via carbon sequestration. As individual farm businesses it might very strongly be cautioned that any soil carbon trades conducted before your business is in a carbon-negative position could one day come back to bite you.

How can you off-set other people’s emissions if you are yourself a net-emitter? And remember you can only sell your carbon once: what if you need your own credits to trade in future, and are forced to buy them back at inflated prices?

One of the few positives from the current fertiliser crisis is that it will at least force all growers to reassess and optimise their nutrient strategies, which is the single biggest thing we as an industry can do to reduce our carbon footprint.