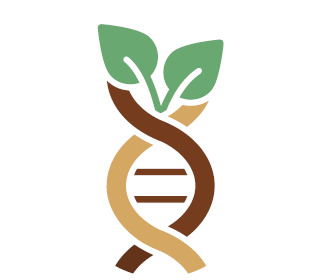 Root2Res is short for ‘Root phenotyping and genetic improvement for rotational crops resilient to environmental change'.  It is a project that will go beyond the state of the art, developing new tools to evaluate root traits linked to sustainable crops, and measuring heritability and plasticity, that is, the ability to cope with environmental stress while delivering stable production. Working alongside breeders and farmers from areas under the greatest climatic stress, an interdisciplinary team is set to test cereals, tubers and legumes common and novel to European rotational systems.

Funded by the Horizon Europe program, the project Root2Res, Root phenotyping and genetic improvement for rotational crops resilient to environmental change, started on 1st September 2022. The project was launched during its Kick-Off meeting held in France from September 14th to 16th 2022. At this event, all 22 partners from Europe and Africa, coordinated by ARVALIS-Institut du végétal and the James Hutton Institute, laid the foundations of an ambitious project aiming to design, develop and evaluate new root-based cultivars able to help breeders and farmers to make the agricultural systems more resilient to climate change.

As agricultural systems face more and more constraints due to climate change, identifying and developing new crop cultivars able to make production more resilient is a priority. In this context, root systems play a major role as an essential component of the tolerance against abiotic stress -water deficit or excess, nutrition deficiency- and for their contribution to carbon storage in soils. Addressing root traits for breeders, geneticists and agronomists is a real challenge that needs efficient tools: root phenotyping tools both in field and controlled conditions, genetic tools with a set of relevant markers and genetic resources, and modelling tools to extrapolate the results in other environments and agricultural contexts. This is exactly the ambition of Root2Res: to develop such tools and use them to define and test innovative genotype ideotypes that enhance the tolerance to abiotic stress and carbon sequestration in soils.

To achieve these objectives, Root2Res gathers an interdisciplinary team of 22 partners and will work during 5 years on cereals (barley, wheat), potato, legumes (faba bean, pea, lentils) and sweet potato. Beyond the deep scientific investigations, Root2Res also includes strong links with breeders, farmers, and policy makers, among other stakeholders, and an ambitious dissemination and exploitation plan for the benefits of all end users of the results produced: most notably breeders, researchers, and farmers.

ADAS provides ideas, specialist knowledge and solutions to secure our food and enhance the environment. We understand food production and the challenges and opportunities faced by organisations operating in the natural environment

Plant breeding is the science of adapting the genetics of plants to produce more desirable characteristics, in agriculture these typically include improved yield, in-field performance and end use quality.

The James Hutton Institute combines strengths in crops, soils and land use and environmental research, and makes a major contribution to the understanding of key global issues, such as food, energy and environmental security, and developing and promoting effective technological and management solutions to these.